The move is designed to help organizations identify gaps in their defense against the different security threats that target Kubernetes, which has grown to become one of the world’s most popular open source systems for the management of containerized applications.

As outlined in a blog post earlier this month, the Kubernetes attack matrix takes its inspiration from the Mitre ATT&CK framework – a globally-accessible knowledge base that’s used by those within the security industry for threat modeling.

“Therefore, it is crucial to understand the various security risks that exist in containerized environments, and specifically in Kubernetes.”

According to Weizman, when the Azure security team started to map the Kubernetes threat landscape, they noticed that although many of the cloud attack techniques were different from exploits that target, say, Linux or Windows systems, the tactics are similar.

“Therefore, we have created the first Kubernetes attack matrix: an ATT&CK-like matrix comprising the major techniques that are relevant to container orchestration security, with focus on Kubernetes,” Weizman said. 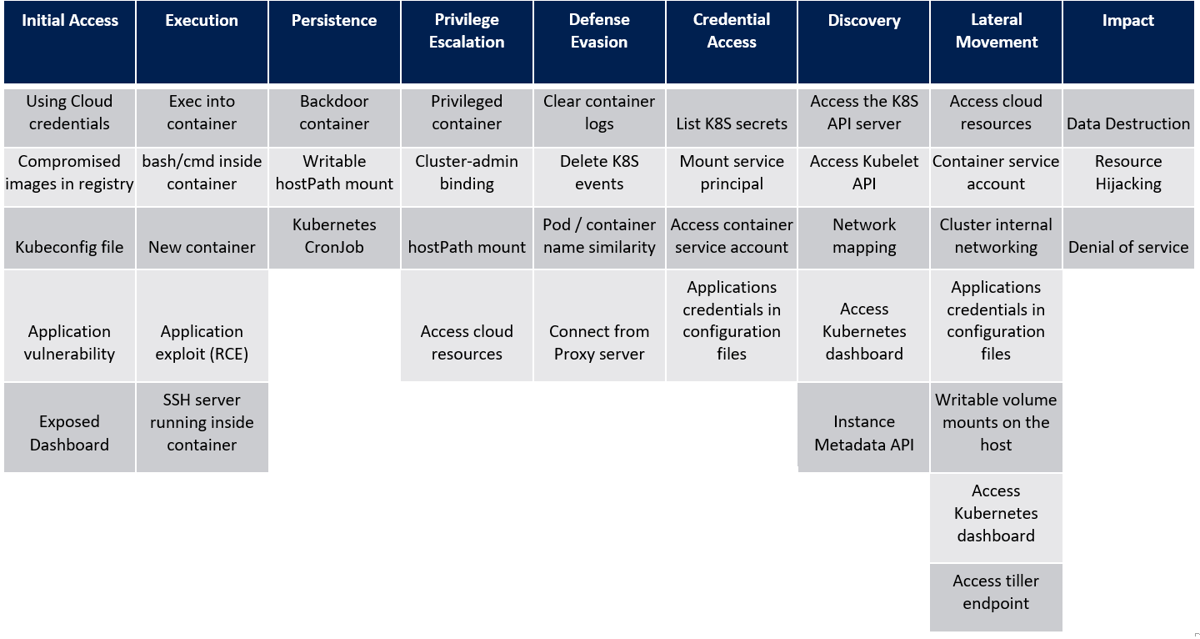 The Kubernetes attack matrix borrows from the Mitre ATT&CK framework